This is the largest recorded marble run in any house ever. I could have made it longer by added funnels but i didn't want it to be too boring. Overall, almost 12 minutes of useable footage and about 12-15 hours or so of work.
When I say this was a pain to work on, it really was a pain to work on. I started by working on the lego section on the stairs. That went pretty smoothly with nothing to worry about. Then I filled in the rest of that side of the staircase with marble run and tested to see if the Skyrail would fit on the trim of my stairs. It did, so I added it on and put up the elevator without any pipes, so just tape.
Day 2 of work and things were already going a little south. The elevator had collapsed, but I decided to leave it be until filming day. on this day I believe I worked on the opposite side of the stairs and evening all of the pieces out (which is tough for the brand I used). I then connected this side to another elevator. My goal was to raise the marble high enough to get it over to the TV stand for another section. Once the elevator was up, I added in the clear tracks along the wall.
Day 3 of work and the clear tracks collapsed overnight. I put them back up and completed the skyrail station on the TV stand all the way through.
Day 4 and the clear tracks fell once again. I left them down this time and decided to fix them on filming day. I set up the cardboard zig zag all the way to the treadmill on this day. I had a few ideas going but I didn't use them yet.
Day 5 and the skyrail on the couch collapsed because of the pillows. I redid the pillows and added a little bit of support so they wouldn't fall again. I added the 2 elevators after the treadmill and worked on the track leading to the jump and roll across the green bedding. The jump was an idea I had as soon as I realized that the green bedding would be perfect for a marble to roll across. I then use cardboard to run the marble back across the bedding and into an elevator.
Day 6 is when I finished the end of the marble run. I set up the final elevator and all of the finishing skyrail. The idea was to make the final section as compact as possible, and I think that it stayed pretty compact. It was a bit tough weaving it through the existing run by in the end everything worked out pretty well.
Filming day hit and it was more work than I expected. I put up the elevator on the stairs using pipes and tape and knocked down the skyrail a few times throughout the day. I added onto the marble run all the way to the top of my kitchen, finishing the run from start to finish. I set up the clear tracks and did some testing. I had to adjust a lot of the track pieces, spend some time fixing the elevators, and lost a few marbles from falling off of the track. When I started filming, it took about 20 tries before I finally filmed a run where the marbles finished. Even in this run the marbles needed a little help, but I was not going to spend forever filming and filming with the small probability that all of the marbles will finish without assistance.
This project is easily the biggest marble run I have ever done. I wouldn't say this is bigger or better than my 3 story marble run, but it definitely beats it in length and work time. This run took a lot of time, so be sure to like the video and leave a comment. If you aren't, be sure to subscribe so you never miss another marble run or race!
Instagram: @tydominoguy_yt pBwLfQPoFsP1/?igshid=1fd5rd69x2upz 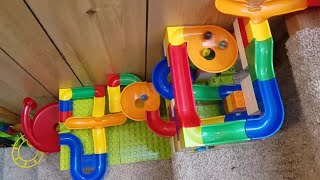 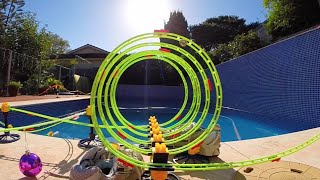 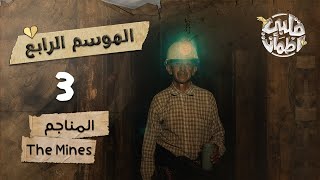 The marbles are back on Sand! - Marble Rally S5 Race 9